London has so much to offer that you are guaranteed not to have time to see everything on a long weekend. Top nightlife, restaurants and all that aside – London is perhaps the world’s most important city in modern history. After all, this was the capital of the British Empire. Hence, the number of monuments, museums, historic buildings, and much more, is higher here than in most comparable cities. We help you get started when choosing the sights that appeal to you the most.

Tower Bridge and Tower of London 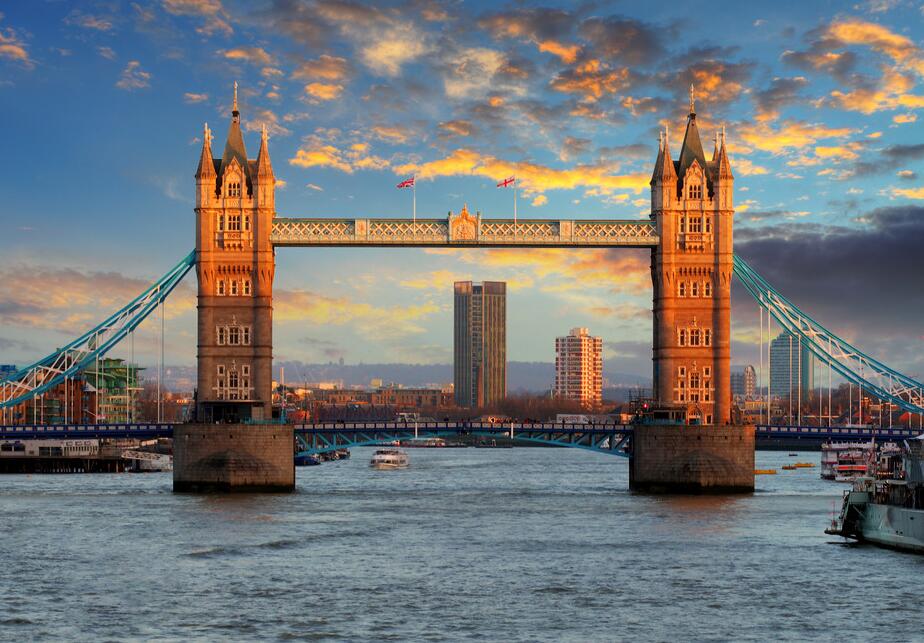 Two of the most famous tourist attractions in London are in the form of a bridge and a tower. The former was erected at the end of the 19th century and has a unique look, while at the same time getting a very special view of London from the vantage point at the top of the bridge. You should also bring the Fortress Tower of London, which has played an important role in the city’s history for hundreds of years. It is also where the famous crown jewels are kept, so it is definitely worth a look. 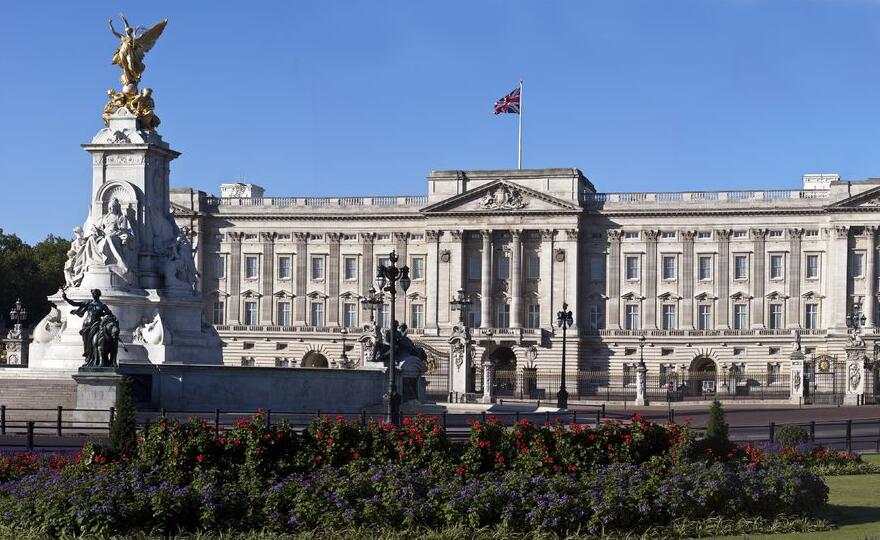 Where do you think the British royal family lives? Yes, you guessed it, they have their own palace in Buckingham Palace, the venerable building that was erected as far back as 1703. It is definitely one of the most popular tourist attractions in the British capital, and if you want to visit it on the inside, then you have to travel in August or September. It is during these months that the castle is open to tourists. 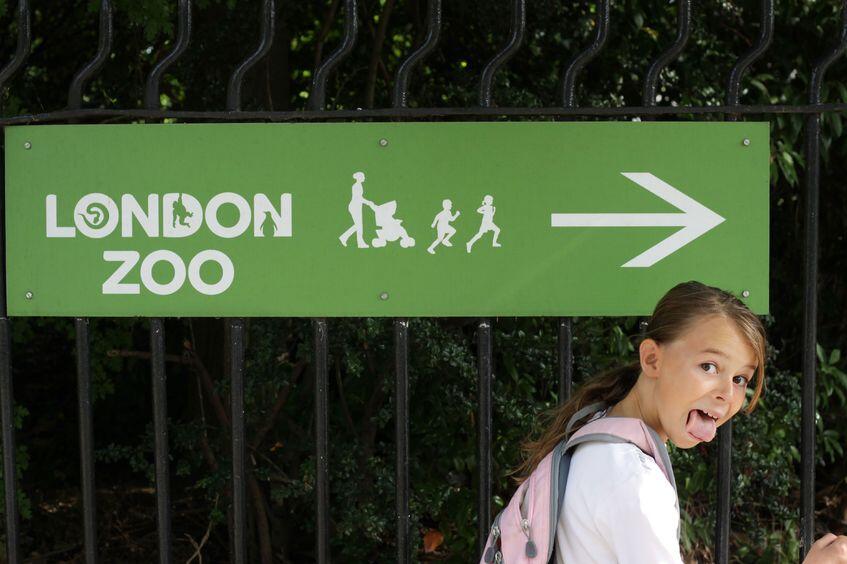 A visit to the London Zoo is perfect for you who travel with children. This zoo will surpass most anything else you have seen, with exotic animals from several of the world’s different continents. For example, one can see lions and giraffes from the African savannah, or monkeys, spiders, snakes and other reptiles from the Asian forests. The zoo is centrally located and a visit is definitely recommended. 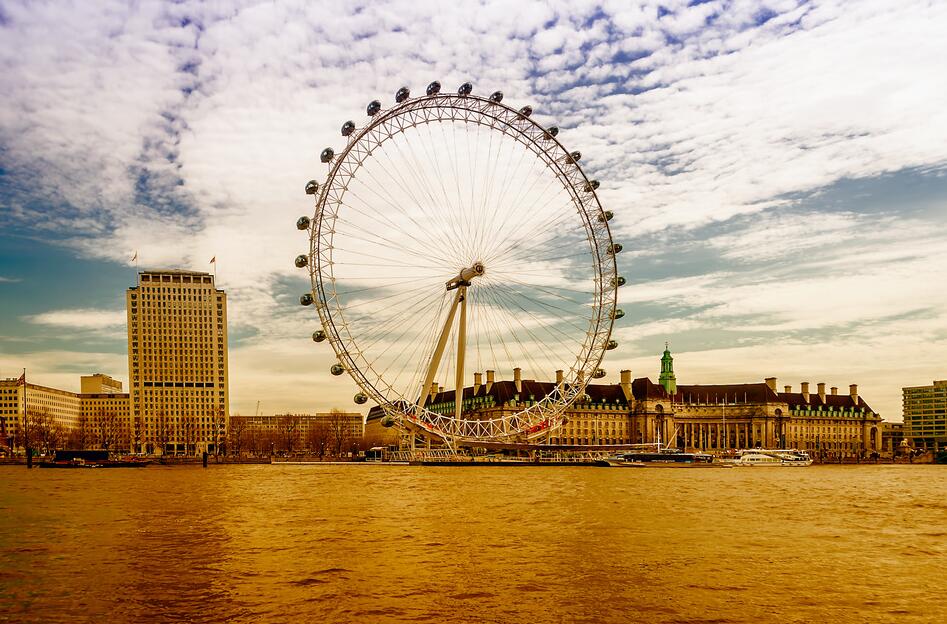 Fear of heights? If so, you should steer clear of the London Eye, which is the city’s famous Ferris wheel! It is also the world’s largest of its kind, taking away more than 15,000 tourists every single day. A round around the wheel takes just under half an hour, and you get the city’s best view. 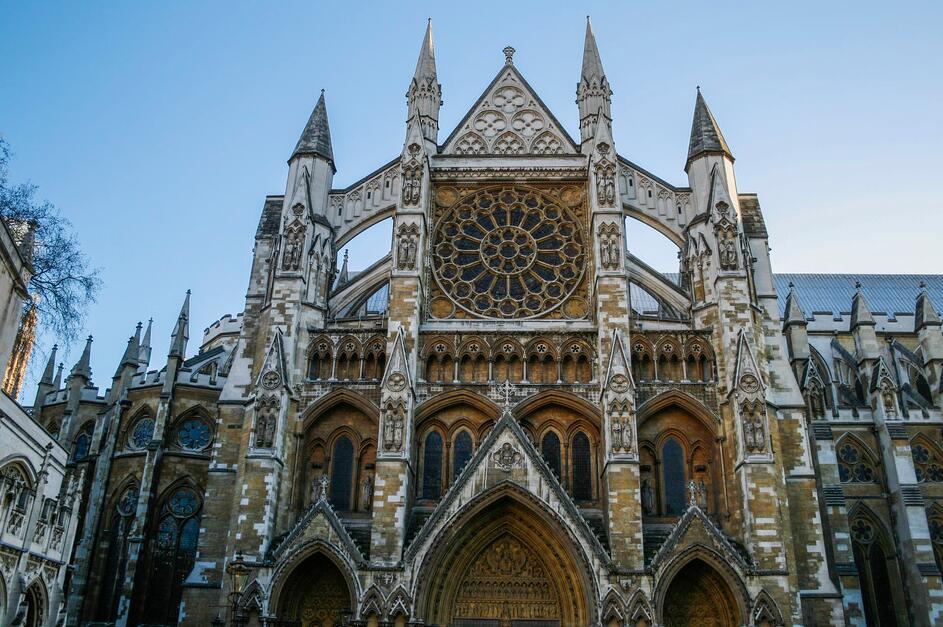 There are many venerable buildings in London, but few can match Westminster Abbey. The famous church was built in the 14th century and has undergone several style changes since then. The church is a burial place for the country’s monarchs and it also functions as a coronation church. Westminister Abbey is one of the more popular attractions in the city that should be visited. 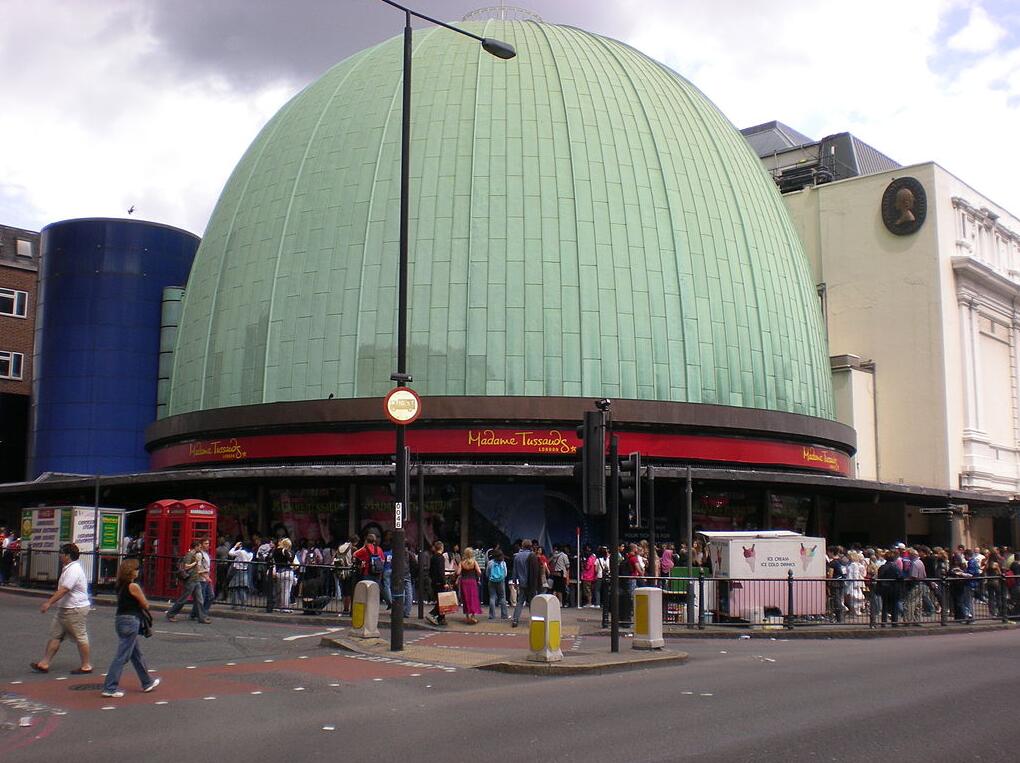 If you have a crush on celebrities or want a profile picture where Johnny Depp is around you, then stop by the wax museum Madame Tussauds. They have branches all over the world, but the exhibition in London is one of the largest. Here you can see lifelike wax dolls of all the world’s famous faces! 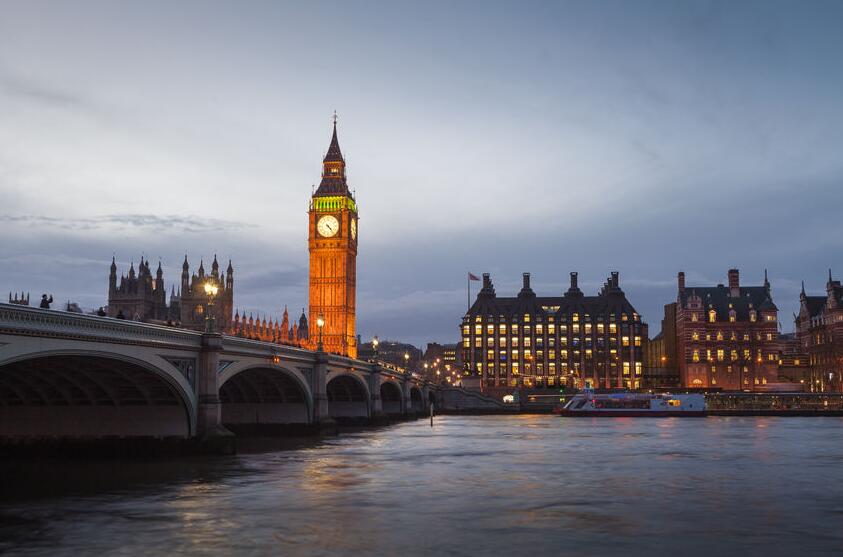 Big Ben is perhaps the world’s most famous watch and the icon of London for many. The bell tower, which is part of the Westminster Palace, rises 96.4 meters above the ground and is thus a towering landmark in London. If you are on holiday in London, you can not help but notice Big Ben, the clock that, with the exception of a few stops, has been running since 1858. 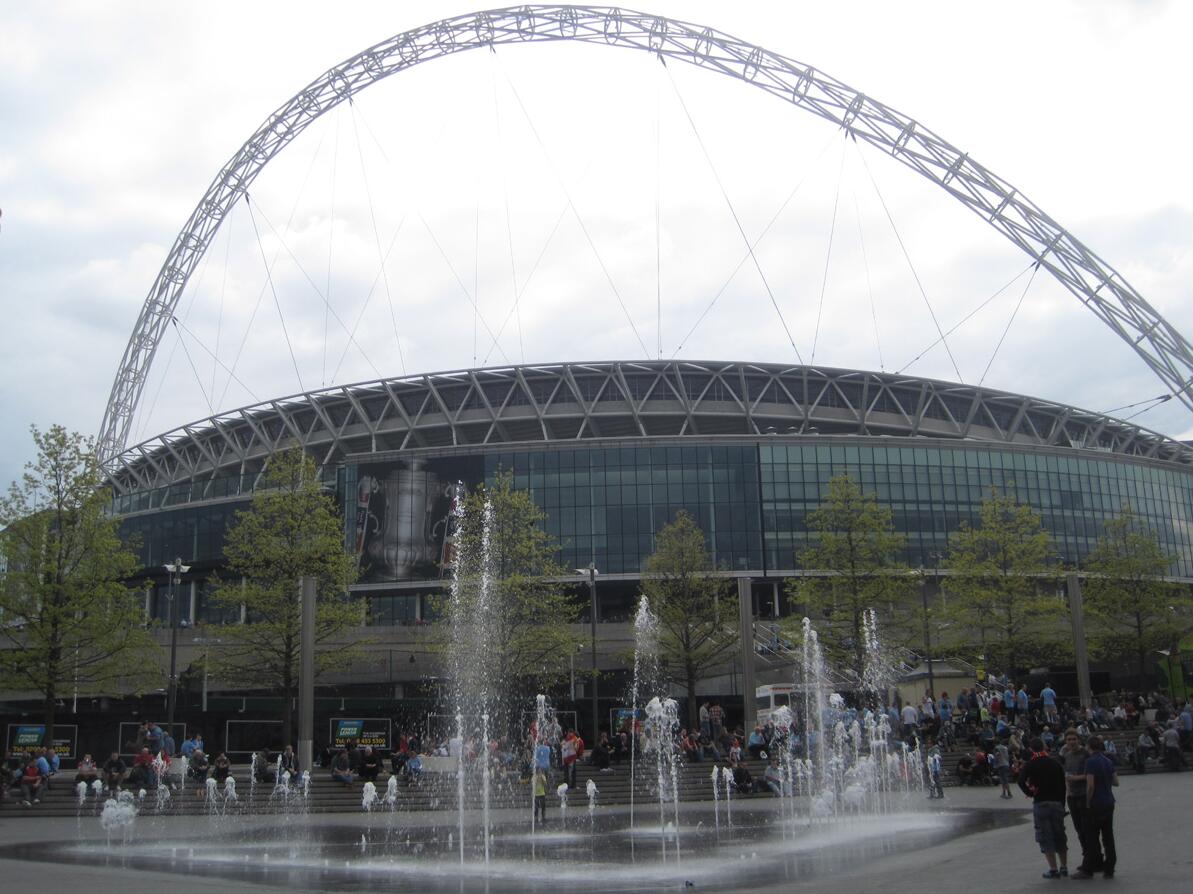 Going to a football match in London is almost mandatory when you are in the big city. London is home to a number of well-known football clubs, both at the top level and down in the divisions. Here you will find the home ground of famous clubs such as Chelsea, Tottenham, Arsenal, West Ham, Crystal Palace, Queens Park rangers, Millwall, Watford, Fulham, Luton Town, Charlton Athletic and Brentford to name a few. In other words, it’s no wonder that London is a popular city when it comes to football travel. London also houses the national arena of Wembley, which must be said to be one of the world’s most beautiful football stadiums. If you are interested in football, you should definitely explore the possibility of going to a football match when you are in town. 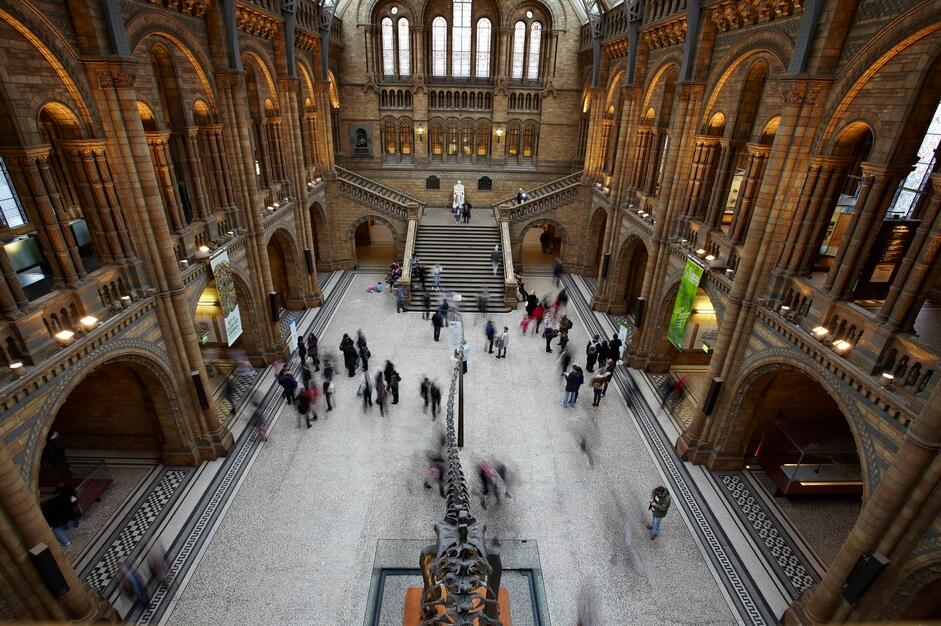 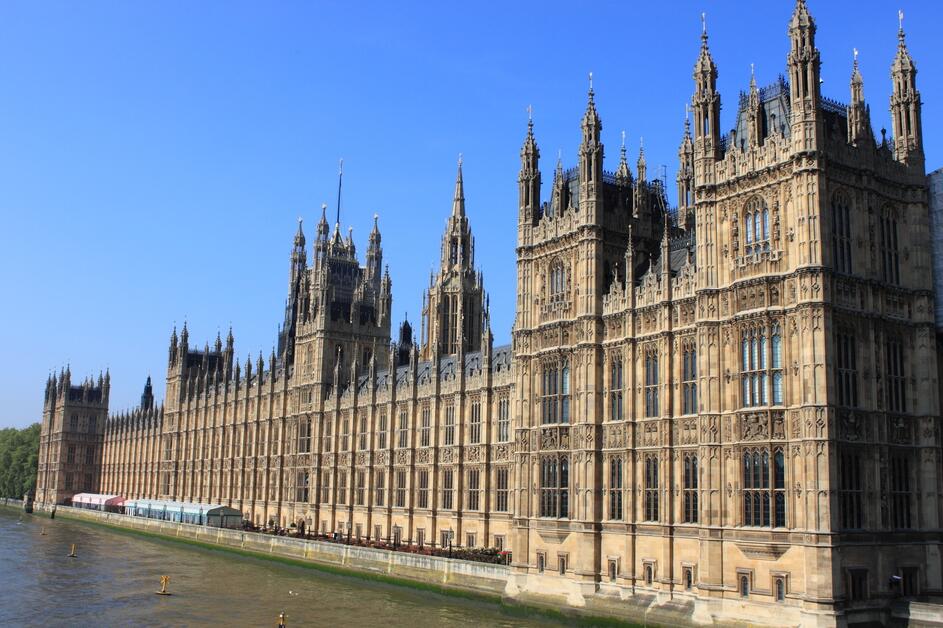 The Palace of Westminister is a huge complex that houses the British Parliament. The palace fills a plot of 32.4 acres, it also houses around 1000 rooms and over 3km of corridors. The palace is also known for the world-famous bell tower “Big Ben” which rises an impressive 98 meters into the air. 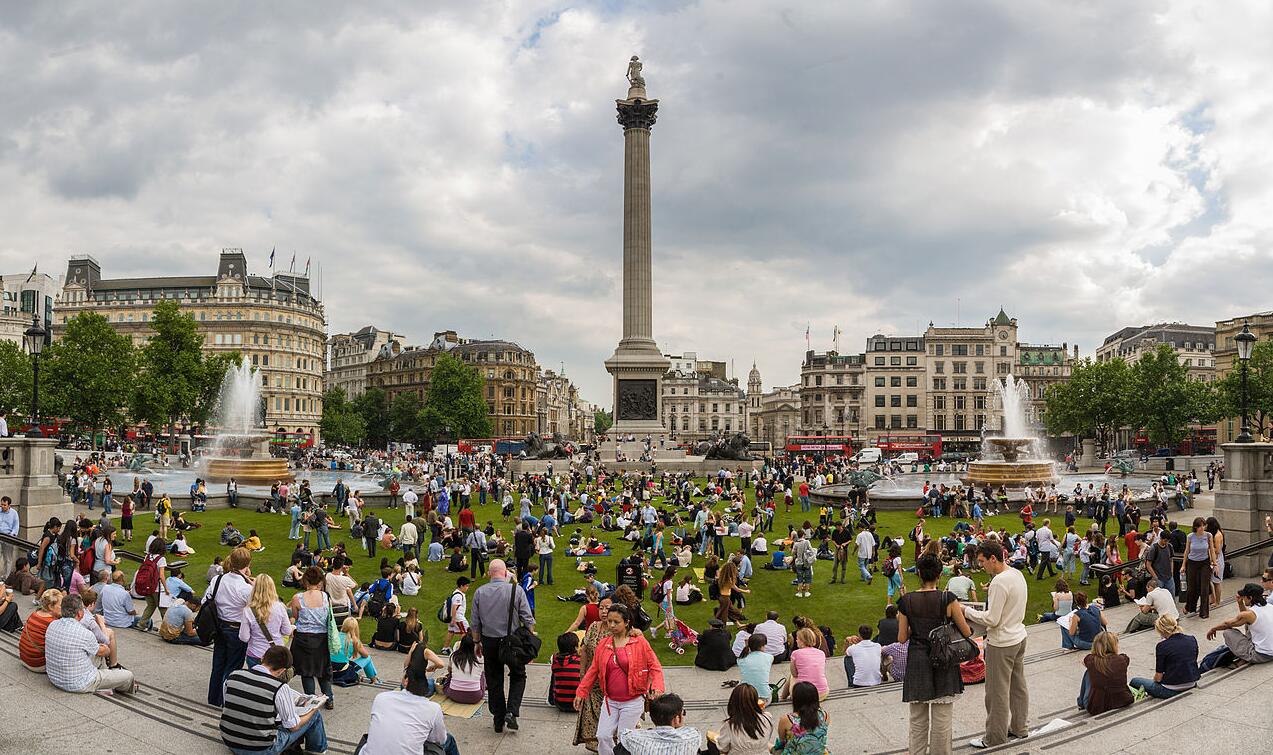 Trafalgar Square was built in memory of the famous Battle of Trafalgar which took place in 1805. Trafalgar Square is located in the Westminster and is best known for the 56 meter high Nelson pillar. At the top of the pillar towers a 5.5m high bronze statue of the British Admiral Nelson. The square is often used for political demonstrations and is often a place for public celebrations. 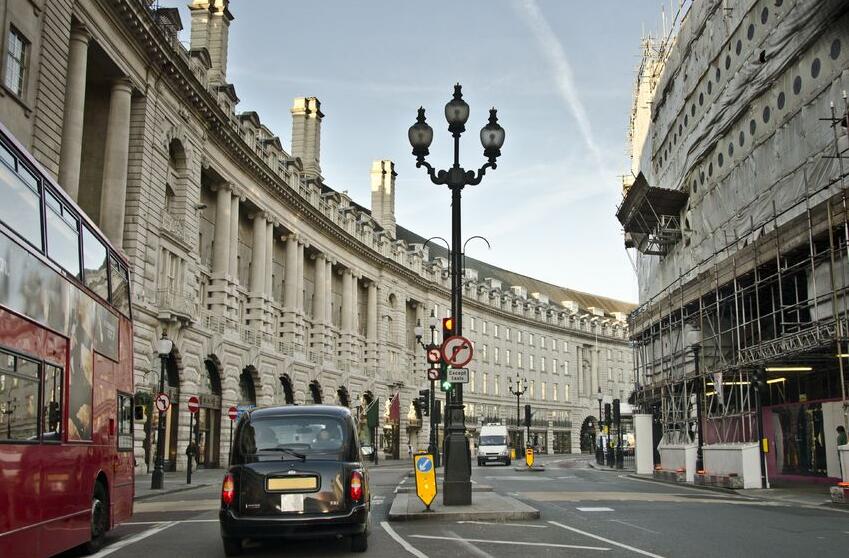 Regent Street is an exclusive shopping street in London’s West End. The street is characterized by exclusive shops and beautiful architecture. Here you will find a number of the famous brand houses and the street is a must for you who are on a shopping trip in London. As a curiosity, it is worth mentioning that the Norwegian state through the Petroleum Fund in 2011 bought parts of the building stock in Regent Street at a price of NOK 4.4 billion.

The 108 meter high St. Paul’s Cathedral was designed by Cristopher Wren after inspiration from St. Peter’s Church in Rome and construction began in 1675. Wren was given free rein when he designed the cathedral and it resulted in a huge dome which to this day is a famous landmark which is visible from large parts of London. Before the existing cathedral was built, there have been four other cathedrals in the same place over the centuries. Where of all have been destroyed in different ways. In the year 962, the cathedral was destroyed and looted by Norwegian Vikings. The cathedral is open to tourists for entrance fees. 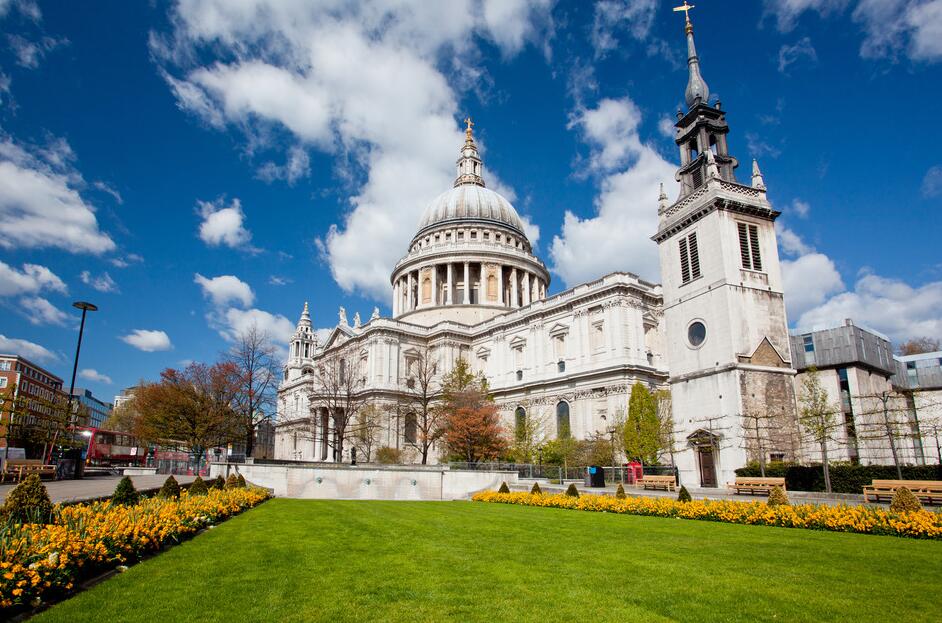 If you are interested in history and large castles from the Middle Ages, you should definitely stop by Windsor Castle which is located a short distance outside the city center of London. Windsor is an impressive fortification that has stood since the 1000s and it has survived a number of different wars. Like Buckingham Palace and Holyrood Palace in Scotland, it is now the main residence of the British monarch.