Europe’s plate tectonic growth began in the Precambrian and was far advanced when Europe and Asia for approx. 300 million years ago by a collision in the Uralids was united to a large continent, Eurasia. The plate movements were in the Precambrian and Paleozoic for several periods faster than today, and Europe was moved from one active plate boundary to the other. During its operation, Europe annexed several island arcs and microcontinents and collided several times with major continents; it resulted in repeated mountain range folds. When Europe detached, it sometimes left parts of its continent crust with the collision partner, but in the long run the continent grew to the west and south.

A distinction is made between a Precambrian core region (Baltic Shield and the Eastern European Platform), the Caledonian and Variskian growth belts in Western and Central Europe, as well as the Kimmerian and Alpine belts in southern and southern Europe. Large parts of Europe are covered by younger sediments deposited on stable platforms or in sedimentation basins and trenches. Tertiary volcanic rocks form scattered deposits on the continent and the British Isles; The Faroe Islands and Iceland are made up of plateau basalt. In Iceland, located on the mid-Atlantic spine, volcanism continued. The Mediterranean volcanoes are particularly linked to young plate boundaries and active subduction zones.

Precambrian Europe (3500-550 million years). The continent’s crust in northern Europe consists of 3500-800 million. year-old bedrock rocks mainly formed and assembled under archaic and early-Proterozoic mountain range folds within 1600 million years before now. For approx. 1000 million years ago, when the sveconorvegian mountain range was formed, the area collided with the continent of Laurentia (North America-Greenland) and became part of a very large Proterozoic continent, which for 700-550 mln. years ago was broken up again. As Europe drifted towards the South Pole, an elongated folding belt and archipelago system developed at an active plate boundary off Eastern Europe, the so-called Pre-Uralids, which build up the Timan Mountains and form part of the Ural Mountains during the Cadomian mountain range.

Palaeozoic Europe (550-250 million years). At the outbreak, Europe left much of its Precambrian crust in the southern hemisphere. The remainder, Baltica, formed the seed for modern Europe. During the subsequent Caledonian mountain range folds (about 500-400 million before now), changing plate movements led to small and large areas with new and old continental crust leading to collision with Baltica. As the microcontinent of Avalonia reached the south, the Avalonian Caledonids were folded up. Most of this folding belt is now deeply buried under younger sediments. in northern Germany and southern Denmark. The Caledonids in Scotland, Norway and Sweden emerged when Laurentia from the northwest collided with Avalonia and Baltica. Before the Caledonian folds were completed, new plates of continental fragments and young arches were heading south; it ushered in the varianic (hercynic) mountain range folds, culminating in late Devon to early Carbon, when Gondwana the continent collided with Europe. As a result, a growth belt of up to 1000 km was formed in south-west, central and central Europe. The mountainous course of the mountain ranges is due to two large peninsulas in Gondwana and several microcontinents, among others. Armorica, was pressed into Europe. The intense collision resulted in relatively light crust forming deep “roots” under the young mountains. When the squeeze ceased, the folding chain was raised so quickly that the mountains became unstable and “sank together” along sliding planes. Deposits in depth eventually made the roots so heavy that they broke off and sank into the asthenosphere, while hot material from here and basic magma rose up and spread out under the remaining, thinner crust. The heat input resulted in the melting of many granites. As Europe late in Carbon was close to the equator, a submerged inland basin was developed where, in addition to sand and clay, plant material was deposited from surrounding tropical swamp forests. The coal deposits in the British Isles, in Belgium, the Ruhr region and Śląsk (formerly Silesia) arose from subsequent heat conversion of these layers. The worn-out, varicose folds of mountains are now exposed in separate masses, i.e. The Armorican Massif, the Central Massif and the Bohemian Massif. When Europe in late Carbon to early Permian collided with Asia, lively fault activity prevailed southwest of Baltica; several rupture zones developed in NV-SO and NS-going directions, and alkaline-acidic to alkaline magmas emerged. Thus, among other things, The Oslo Rift, the Fennoscandian Rand Zone and the fault systems that led to the revival of the Tornquist zone between the North Sea and the Black Sea at a later revival. Early in Perm, two broad east-west-walking basins were formed, partially separated by a barrier from northern England to the Ringkøbing-Fyn High Ridge. When the Zechstein Sea from the north entered and filled the basins, these were located at approx. 20 °C, and desert-like climate caused such vaporization to precipitate several evaporation series with thick layers of rock salt. This so-called Zechstein salt was buried during the Mesozoic and Tertiary under kilometer-thick sediments, and thus flowed together in cushion structures. As the salt pierced the overlying layers, it rose into elongated salt ridge and like round salt brine. Several oil and gas deposits in the North Sea, the Norwegian Sea and the Barents Sea are linked to these salt structures.

Young Europe (the last 250 million years). At the beginning of Mesozoic Europe was part of the supercontinent of Pangea, but during the Triassic Jurassic, Eurasia split from Africa, and at the opening of the Atlantic Europe later separated from North America-Greenland as well. While this was going on, two new crustal growth belts were added to Europe’s active plate boundaries in the south and east; first the kimmeric, then the alpine. The Kimmerian Growth Belt from the Triassic Elder Cretaceous includes the mountain ranges around the Black Sea. West of this, in the Jurassic Early Cretaceous, a number of interconnected scattering oceans were opened, the so-called Mediterranean Tethys Sea. This sea was closed again when Africa and the microcontinent of Adria in the Lower Cretaceous-Tertiary collided with Europe. As a result, Southern Europe’s alpine mountain ranges, including The Betic Cordillas, the Pyrenees, the Alps and the Carpathians. At the end of the period, degradation materials from the growing mountains were deposited as molasses in submerged basins.

In the Palaeogene and early in Quartary, the processes in the depth below the alpine collision belt continued to be active. In the western Mediterranean, the rise of hot material from the asthenosphere led to ca. 24-19 million years ago to local seabed dispersal and opening of the Provencal-Ligurian Sea. As a result, an elongated microplate with Corsica and Sardinia, which was close to southern France and northeastern Spain, was driven to the SE and rotated 40-90 °Counterclockwise to its current position closer to Italy. As the subduction zone east of Corsica and Sardinia shifted slope to reach below the Appennines, Tuscany’s young volcanic province formed; at the same time, an uplift of the upper plate occurred that caused young sedimentary deposits in the Appennines to slide towards the sinking Adria below the Poslet and the Adriatic. The Tyrrhenian Sea was opened for approx. 5-2 million years ago north of the arch-shaped Calabrian-Sicilian fold belt, developed in the upper plate over a subduction zone, where the African oceanic plate from the Ionian Sea has sunk into Sicily and southern Italy. The eruptions in the volcanoes of the Liparic Islands testify to the magmatic processes in the deep parts of this zone. The interaction of the deep processes further caused the neogenic Mediterranean to become entangled, so that by thick evaporation thick layers of salt precipitated. The alpine folding belts of southeastern Greece, in Crete, Rhodes and Cyprus, now, like the Taurus Mountains in Turkey, belong to the seismically very active Anatolian microplate, which is being released from the Eurasian. At the depths of the sea south of Crete and Cyprus, the African oceanic plate is slowly moved north and below the microplate, but the pressure of the faster Arab plate in the east forces the Anatolian to rotate counterclockwise. This results in shifts in the curved fault zone in northern Turkey and stretching of the crust beneath the Aegean Sea.

The alpine collisions propagated far north during Western Europe. This led to the formation of the Rhone, Bresse and Rhine tombs and increased subsidence in the Central Tomb and the Viking Tomb in the North Sea. Worn out massifs were transformed into fractured mountains, and in the sediment basins elongated uplift ridges arose. along the Tornquist sons. At the same time, the Mesozoic layers of SV-Bornholm “alpine” were folded.

During the Quaternary ice ages, large parts of Northern Europe and the Alps were covered several times by ice caps and glaciers, which at the melting left a cover of moraine and meltwater deposits. At the edge of the northern European ice cap, the finest material, clay, silt and fine sand, was deposited by the wind as loose. South of the icy and loosely covered areas, many places are still preserved heavily red-colored soils, which were formed by weathering during the warmer climate of the Tertiary era. Check Countryaah to see all countries in Northern Europe and population for each country.

Europe has a very traditional mining industry with numerous, early known ore deposits, for example mining of tin in Cornwall in the Bronze Age, silver in Kongsberg during Christian IV, and copper in southern Germany and in Cyprus. The vast majority of deposits are now depleted, which has created major social problems in communities that have lived through mining for generations. Well-known examples are the closure of coal mines in the UK and Germany. Occurrences of iron ore and coal in Britain, Lorraine and western Germany were important prerequisites for the breakthrough of industrialization in the 1800s. 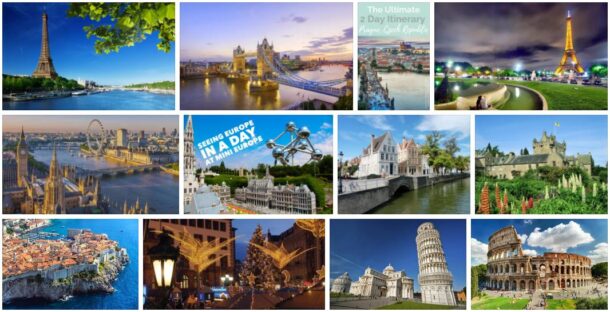