If you visit the Serengeti National Park, you will, among other things. could experience “The Big Five,” which involves the lion, the elephant, the buffalo, the leopard and the rhino. You will also be able to experience the great migration, where you see the migration of wildebeest.

Saanane is actually the smallest national park in Tanzania, but one should not be fooled by the size, because Saanane still offers a rich and exciting wildlife. Here you can experience lots of animals on land, in water and in the air.

Saanane is located in Lake Victoria in the north of Tanzania, and despite its area of ​​just over two square kilometers is a true little paradise island.

This national park is, like Saanane, located in Lake Victoria. Rubondo is especially popular with bird enthusiasts, as the island is known for attracting a variety of migratory birds from different parts of the world. In addition to the birds, Rubondo of course also offers a large number of the popular African land and aquatic animals.

Rubondo is therefore an excellent choice if you want to see a wide selection of Africa’s wildlife. A perfect destination for the safari enthusiast.

The name is probably best known for Mount Kilimanjaro, but it is actually also the name of a region and of a national park. Kilimanjaro National Park covers over 1,600 square kilometers, and in 1987 was declared a World Heritage Site by UNESCO. The area is of course in the Kilimanjaro region and the park contains the whole of Kilimanjaro mountain.

Arusha is located close to the border with Kenya, and is among one of Tanzania’s smaller national parks with an area of ​​137 square kilometers. Among other things, the park is known for a rich monkey and bird life, which attracts many tourists.

In the middle of the park is the amazing crater Ngurdoto, where the high rocky cliffs create the setting for a large area of ​​water, where lots of African buffalo and warthogs gather. A wonderful sight.

This national park contains all the famous African animals like elephants, zebras, hippos, lions and buffaloes. Lake Manyara is especially known for its tree-climbing lions, which annually attract lots of tourists.

Lake Manyara does not offer as concentrated wildlife as the other larger parks, but therefore there is still plenty to see if you choose to pay a visit past Lake Manyara National Park when you are in Tanzania.

This national park is an obvious choice for the safari-loving traveler who appreciates a rich wildlife in some beautiful surroundings. With over 550 bird species, it is especially a great place for those interested in birds.

Tarangire, like Lake Manyara, also offers the wonderful sight of a tree-climbing lion. You will certainly not be disappointed if you let the trip go a bit past Tarangire National Park.

According to oxfordastronomy, this national park can call itself Tanzania’s smallest with an area of ​​just 52 km2. Within this small area, however, you can experience lakes, forests and grasslands, which offers a wide range of experiences that you will soon forget.

Gombe National Park is known for being the place where Jane Goodall did your groundbreaking behavioral research. The park is not known for the same rich wildlife as the large parks in Tanzania, but is incredibly famous for the park’s monkeys.

This park is known for its population of endangered and special animal species. Mkomazi is home to endangered species including black rhinos and African wild dogs. Of special animals can be experienced the less horned kadu, the strange gerunuk and a distinctive gazelle. All of these animals are rare and amazing sightings.

However, the special animals are not the only thing that Mkomazi can offer. Here you can also get a look at the more traditional safari animals such as giraffes, antelopes, zebras, buffaloes and elephants.

Mahale is one of the few national parks in Africa to be discovered on foot, and this is a very special way of getting really close to nature.

The park is actually called the Mahale Mountains National Park, and has just been named after the Mahale mountains that run through the park.

The park is the third largest in all of Tanzania, and it also offers that there are lots of beautiful experiences if you visit Katavi National Park – a fantastic safari destination for the true safari traveler.

Mikumi has a number of years behind it when it was founded back in 1964. Mikumi is also the fourth largest national park in all of Tanzania, and can thus offer a huge area packed with beautiful nature and fantastic wildlife.

If you are interested in the Tanzanian wildlife, Mikumi is a great experience as they offer all the classic African favorite animals such as. the buffalo, the wildebeest, the zebra, the giraffe and the elephant.

The park has previously gone by the names Saba Game Reserve and Rungwa Game Reserve, but was christened Ruaha in 1964, and this has been the name ever since. Ruaha is especially known for being one of the areas in Tanzania with the largest concentration of elephants. However, the place is also known for the population of kudo, which is known for their beautiful spiral horns.

This park, Udzungwa Mountains National Park, is a national park in southern Tanzania. Udzungwa is not, like many of the other national parks, known for its population of “classic safari animals”, but is especially popular with ornithologists, as more than 400 different bird species have been recorded, and even a few bird species that can only be seen in Udzungwa.

Kitulo is the southernmost national park in Tanzania, and is primarily known as being a botanical marvel. So it is not the great safari experience you should expect when you visit Kitulo – on the contrary, a fantastic nature experience. It is an obvious park to visit if you are interested in nature and plants. 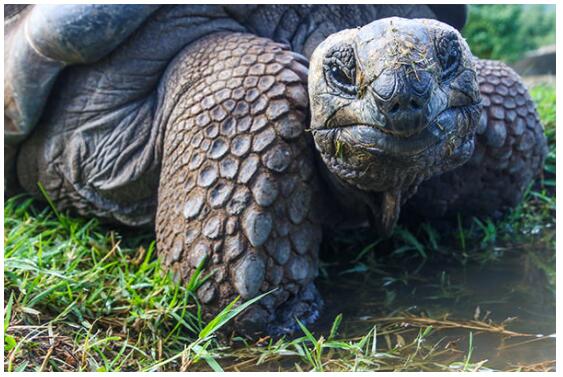